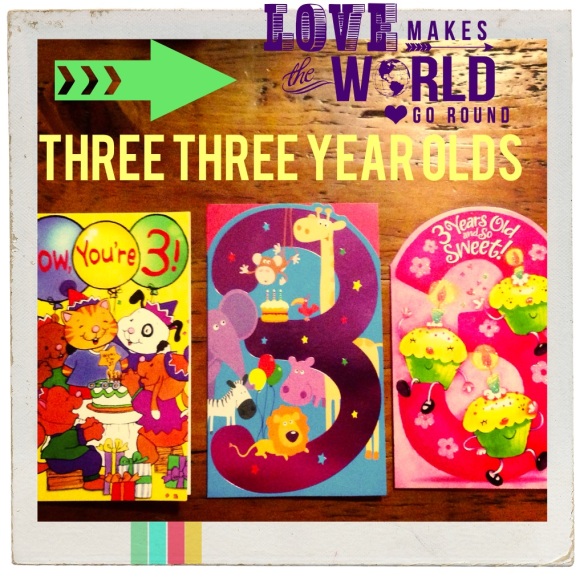 The trio are three!

Well, I have to say, it has been an amazing ride, and this time three years ago, we had just entered the world of being parents to multiples.  Be warned – this is going to be a long and photo heavy post!  So, it all began, on the 9th of January 2010 when we found out we were more than 13 weeks pregnant with TRIPLETS.  Yep, we did not expect that.  Kinda explained the weird cravings and need for sleep – excessive amounts.  That and I stopped drinking coffee….which is a sure pregnancy sign for me.

So began the ride.  Smooth uncomplicated pregnancy, moved house, interstate even, and things didn’t slow down for me until I hit the 32 1/2 week mark.  Then moving seemed like it had to be optional – I mean really….but I pushed on for another couple of weeks…..anyway…on this day, three years ago at the Royal Brisbane Hospital, I delivered three healthy, and heavy (for triplets) babies.  All in the order we thought, and all with their own stories.

Here is me, minutes before being rolled around to theatre.  Jason is TOTALLY freaking out, can’t string a sentence together and laughing, a lot.  Laughed at the size 16g IV thinking it was a ‘bit big’ for just a caesarian…

Minutes before going to theatre….

The room was packed with about thirty people.  Jason was still nervous.  The anaesthetist was literally shitting himself as he had never had to do the calculations for a triplet caesar before.  He was on the phone to his consultant – a lot!  He was awesome though!

First up, born at 1431hours was Brendan Paul.  Screaming on arrival (and still pretty much every day!!) he was so chubby!  A quick review by the team allocated for him and we got our first cuddle before he was taken to the special care nursery for monitoring.

Meeting B for the first time

A minute later there was an “oh” from the surgeon followed by (our hearts racing) how amazing.  When we asked ‘what’ it was our eldest daughter Emma – she was born in caul (meaning in the amniotic sac) which is rare and was looking straight through the sac at everyone.  Amazing was the comments….Here is meeting our little girl Emma Grace at 1432 hours –

Then finally, making her the youngest by three minutes, came Caitlyn Jane.  Little miss was our chicken little coming in at the lightest, but she is the heaviest now, and the bossiest….and the one with the most ‘spunk’.  Here is Jason cutting her umbilical cord –

We were blessed and had totally uneventful babies – they were home within a fortnight.  Then the fun began.  They hit all their milestones, and there are about six months where I don’t remember much other than feed, change, wash, sleep, repeat.  It was crazy.  It was certainly one crazy ride.  Fast forward a year – and we have three walkers – at their first birthday party –

Yep, I know it is July, but these rompers were hand stamped by a very very close friend, and I had to get a shot (inside with heaters on) of them in them.  Gorgeous!  And so time went by even faster.  Walking turned into running, talking started, and they developed a bond that is indescribable.  They will never be able to tell me what it is like to be a triplet either as they don’t know any different.  The whole time through this, we have been blessed with a very very special big brother in Hayden.  He has been amazing and has never once chucked a tantrum about the ‘babies’.  He was talking the other day “Mum, remember when you were always giving the babies the milk all the time – that was boring for me, but I knew you had to do it” – that statement completely blindsided me, and made me realise how lucky I am to have such a special and intelligent little boy.  The kids absolutely idolise him.  Hayden is their be all and end all.  They fight over sitting next to him, talking to him…you name it.  Between 1 and 2 they became a little more ‘fun’ for Hayden.  Here they are at two – 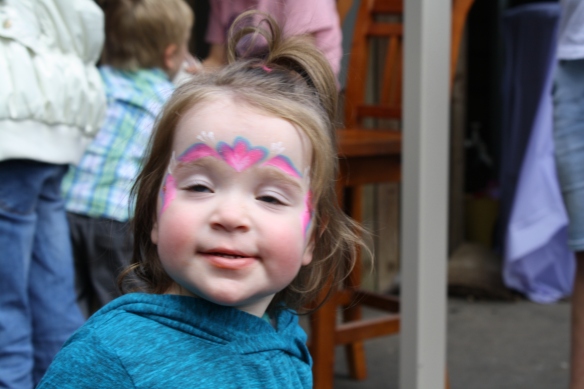 Between 2 and 3 we have seen the emergence of their individuality and also their effectiveness as a team.  They have their own language, and they are most certainly in tune with each other.  Emma has hair – masses of it – Caitlyn has stuff all and wants it.  Hers is ranga red mullet style.  Suits her attitude I guess!  B is a clown – he loves getting a laugh and is a gangly stringbean.  They are all active, running, laughing and hilarious kids.  They plot, they plan, and they play.  They fight, sure, but they seem to work out their differences quickly and are very protective of not only each other, but of Hayden as well.  They don’t dob if it is a group effort.  They dob if they think they can get something out of it.  They are hilarious, life changing, and so incredibly loved.  People still get shocked when I say I have four kids – they ask the ages and I say 6 and 3 – they work out the equation and say – you have triplets?  To us, we know no different now!  But I guess, it is not normal to have triplets so the novelty will always be there.  Fast forward to 3.  Today they are 3.  Officially a couple of hours ago.  I cannot believe all that they have done, and even more so what more they will do.  I look at all my kids and get glimpses of what they might be like in 10 years or so…it is amazing.  So here they are yesterday at their un-birthday (Jase had to work today and also it is return to school for Hayden) – I made their cakes (as I do every year! This year it was Peppa Pig and George Pig).

Blow out the candles!

They got a crazy coupe each (those cool car things) an a cubby house.  The cubby is for Hayden as well obviously!  Jason has been putting it together over the past couple of weeks (fighting the rain and all) and it only needs painting now 🙂 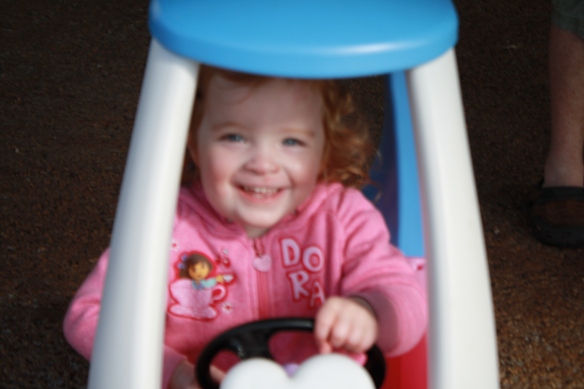 I have four kids that will only eat cake if ‘my mummy’ made it.  Who ask for any number of baked items….we go through 4 litres of milk a day on a good day, then bread by the loaves, and fruit by the kilos.  It is only going to get more and more..and this is not a whinge.  It is a reality.  These kids are our lives.  They have changed them indefinitely – all four of them.  ANd only for the better.  I need to learn a little more patience, but I guess I am allowed a flaw or two along the way!

So my beautiful Brendan, Emma & Caitlyn (and yep, still always in birth order) I wish you the most wonderful of birthdays.  With so, so many more to come.  But three three year olds sounds pretty darn cool!  Stay true to yourselves and true to each other.  You will always be loved to the moon and back and then around again – yep Hayden too!  Happy happy happy birthday!

20 thoughts on “Three 3 Year Olds….today it is official!”